01 May THE STORY BEHIND SANTA BARBARA’S UNIQUE ARCHITECTURE

Posted at 22:13h in HISTORY by admin 0 Comments
0 Likes
Share

The architecture of Santa Barbara is one to be adored. Have you ever stopped to wonder how such a fusion of designs could have ever transpired? Or do you drive through the streets never noticing the Spanish, Victorian and Ranch style homes all peppered together.

Let me take you back to the year 1602, when Spanish maritime explorer Sebastián Vizcaíno survived a violent storm in the Channel on the eve of the feast day of Saint Barbara. Having escaped the storm unscathed, he honored the location by bestowing the name of Santa Barbara to both the Channel and one of the islands.
In 1782 a two-hundred person expedition led by José Francisco Ortega and Father Junípero Serra arrived in Santa Barbara. Their first order of business was to establish a mission and forts to secure the region for Spain. Subsequently, the Santa Barbara Mission and El Presidio fort were constructed. Many of the soldiers who came to build and garrison the Presidio had brought their families with them, and ultimately settled in Santa Barbara. Hence the distinct Spanish flavor of downtown.

During the Mexican period a new style of government opened trade with the United States, Great Britain and other countries. This created a dramatic effect on the local economy, and by 1833 the Rancho Period began. Cattle ranching rapidly expanded, becoming the primary land use, and large self-sufficient ranches were a status symbol. On April 9, 1850 Santa Barbara became a city and the appearance of the town continued to change. Settlers from the Gold Rush preferred homes made from wood, rather than the adobe built by the Spanish and Mexican residents. 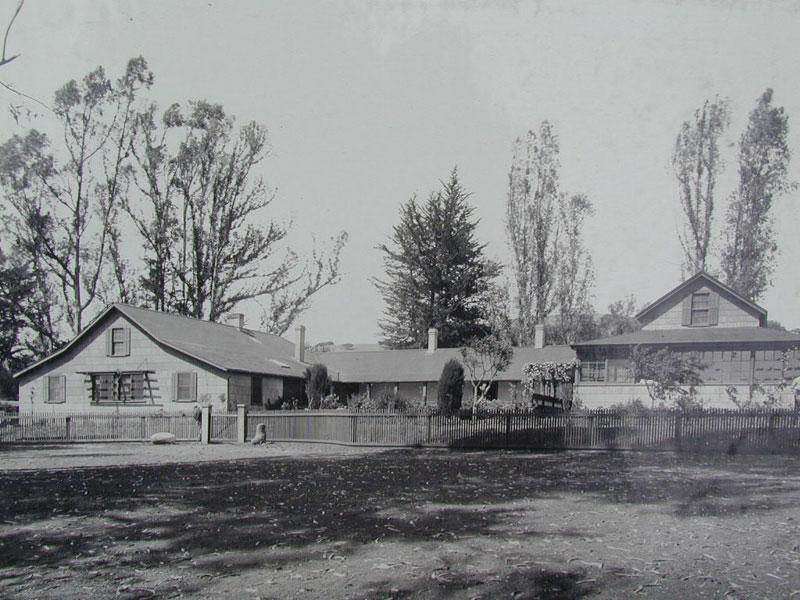 The face of Santa Barbara further transformed with the end of the Civil War. A piece written by Charles Nordhoff boasted that Santa Barbara was the “pleasantest” spot in California – who could argue with that! Steamships bound for Santa Barbara were filled with European travelers, many of whom ultimately stayed. Victorian style homes soon outnumbered Spanish Colonials and shipping continued to grow, as both goods and people poured in through the small but growing port, which is modern-day Stearns Wharf.

Well, there you have it! Although, this is merely a small part of what has led to the treasure-trove of magnificent buildings and residences we enjoy today. Nowadays, Mission style, Bungalow style, Craftsman, Spanish Revival, Mission Revival, Hacienda, Victorian, Modern, Prairie and Ranch style are all represented in our beautiful community. To me, this eclectic assortment of styles infuse together to create the perfect backdrop for the “pleasantest” place on earth…Santa Barbara.